My shoes were hot off the trail from the central part of Anza Borrego desert having just learned through my explorations that the Kumeyaay natives left stone evidence that they studied the skies.  This gave me a fresh understanding of the geoglyphs I’d read that they’d made out on the Yuha Buttes near the Mexican Border.  (I’ll talk about these more in another blog post.  I’m reading up on them now.)  I decided to take myself for a drive out to see them.  As I was busy getting lost on nameless dirt roads I happened upon this little fenced in area, gently protected from drivers by a few metal fence posts and thin wire.  There was no signage, no explanation, just some odd rock formations and a small circular clearing on the desert pavement.

I got out of the jeep and wondered at what I was looking at.  Was this one of the geoglyphs I’d read about?  I wandered round and round the enclosure examining what was inside, drawing the lines that were criss-crossed into the desert pavement on my notepad, measuring the direction the rock cairns pointed, and generally puzzling over the whole thing.  It looked like tire tracks had traversed the enclosure, probably before the fence had been erected.

I drove away shaking my head and full of questions.  I found the geoglyphs I was looking for (again, more on that in another post), but there was one more I’d heard of that I just couldn’t find.  It was mentioned in passing in a guide book.  It was called “Yuha Man”.  I envisioned a large rock alignment in the shape of a human.  I was busily not finding it when I happened to drive by a Border Patrol pickup parked next to a surveillance vehicle on the edge of the Yuha Buttes.  I thought, “Gosh I’d like to ask that guy if he knows where this thing is.  I know its right around here somewhere.”  I drove past, following directions that I thought would take me there, but ultimately ended up at the highway.  Boooooo! 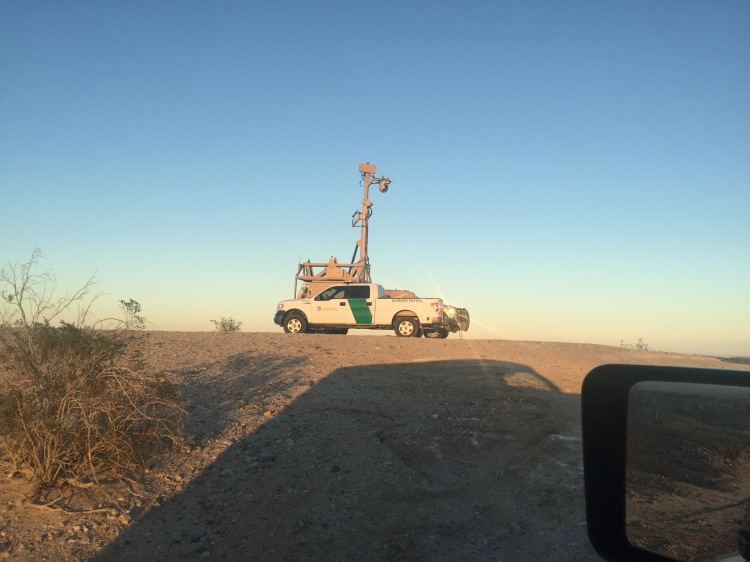 I turned around, again looping past the Border Patrol.  I drove up to the edge of the butte, backed up, turned around, drove past him again, turned around.  Yes, I was harassing the guy.  But I was a damsel in distress!  I needed directions.

Sure enough, pretty soon he opened up his scary canvas covered surveillance mobile and ambled up to to my jeep while I sat looking at my map, perplexed.  He asked if I needed help.  I told him what I was looking for and asked if maybe he’d seen in through his all seeing eye up on top of his truck thingy.  He said he hadn’t heard of it.  He did give me good advice about the best freeways to get back to Los Angeles, however.  Then he spit some tobacco and got back to work.  I warned him that I’d probably be buzzing past his station a few more times before it got dark.  He nodded appreciation for the warning and waved me on.

I didn’t find it.

When I got back to civilization I went on the Google machine and discovered, idiot that I am, I had found it by accident, but Yuha Man is not a geoglyph (earthen art) it is a prehistoric cairn burial.  And it is not any old prehistoric cairn burial.  It is one of the most famous early man burial sites in the country.  The odd rock formations I’d accidentally bumped into earlier was actually the Yuha Man burial site with its attendant ceremonial circles and cairns.

In 1974 an archaeologist named Morlin Childers rocked the scientific world by finding a buried human in the Yuha Desert just north of the USA/Mexico border that he claimed was 20,000 years old.  This claim put humans in the California desert way before there were even thought to be humans on the North American continent.  His findings were suspect and other scientists swarmed in to do additional tests.  But additional tests were unable to be performed on the body because it mysteriously disappeared.  However, Yuha Man had plans of his own.  In advance of being stolen, he’d lost one of his fingers.  That finger was found and able to be studied along with soil and artifacts that were found near him.  They were  more accurately dated at about 3,000 B.C.E.

Once I had my facts straight I had more questions so I went to the Imperial Valley College Museum to ask educated people for details.  I’d read that the Kumeyaay people didn’t bury their dead, but actually cremated them so I wanted to know what was so special about Yuha Man that he was buried.  And also, what was buried with him?  I was paired up with a young history graduate student who was in charge of curating an exhibit about Truckhaven Man, a similar burial found a few miles away.  He explained to me that the Kumeyaay only started cremating a few hundred years ago, before that they had burials.  I asked what was buried with Yuha Man.  He said that he didn’t know about that, but he knew about Truckhaven man and wouldn’t I follow him to a back room?  Oh boy, more mysteries!

We slipped into a room full of shelves of boxes.  The gentleman slipped on a pair of white gloves and pulled a box off a shelf.  He extracted a stone tool and held it gingerly.  This is a scraper that was buried with Truckhaven man around 1,000 BCE.  Both of us looked at it with awe and reverence.  A 3,000 year old tool used by a young man of archaic America.  It looked like a stone tool I’d seen on an earlier hike through a Kumeyaay village in Anza Borrego.  The one I’d seen was “greenish porphyry” and Truckhaven man’s tool was a brownish red color.  The curator said it was a digging tool.

I did my best to push my luck and cajole the staff of the IVC Museum to divulge details about the location of a large stone circle I’d been looking for, but duty compelled them to be tight-lipped on the whereabouts of sensitive archaeology.  Not to worry, I’ll find it. They were a lovely bunch of people and very helpful.  It never hurts to ask a few questions.

As for old Yuha Man.  I’d visited him after all.  He was a 17-20 year old male who had been buried on the Yuha Desert with ceremony.  It seemed the grave had a north/south alignment.  I don’t know if this is related, but if a Kumeyaay elder was living with family in the Anza Borrego Desert, they were built their own dwelling with a south-facing entrance.  Naturally, south would be a warmer and brighter direction to place an entrance; it would expose the entrance to most of the day’s sun while protecting the inhabitant from east and west winds.  I wonder if the same courtesy was extended to the dead as their bodies lay in their forever home. 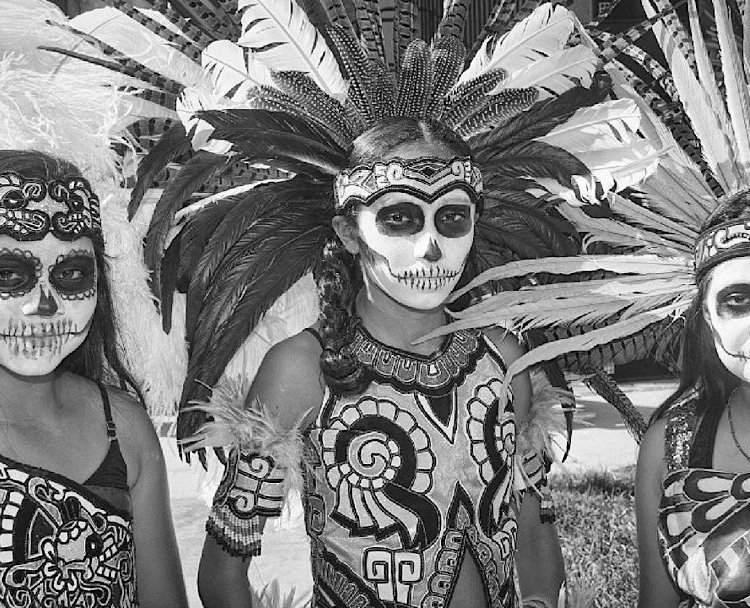 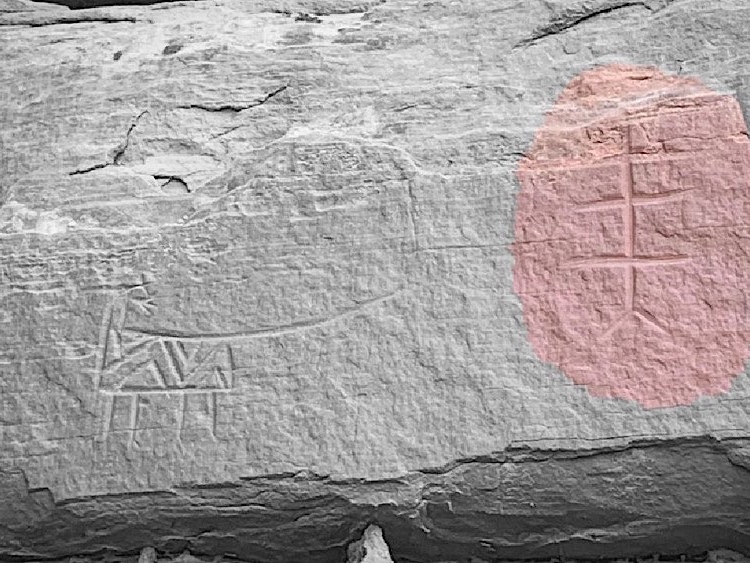 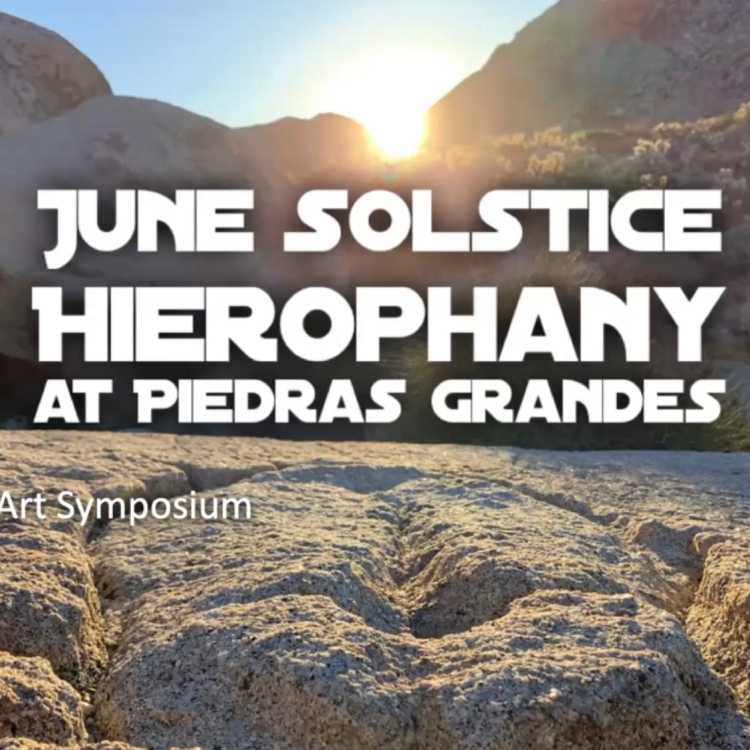 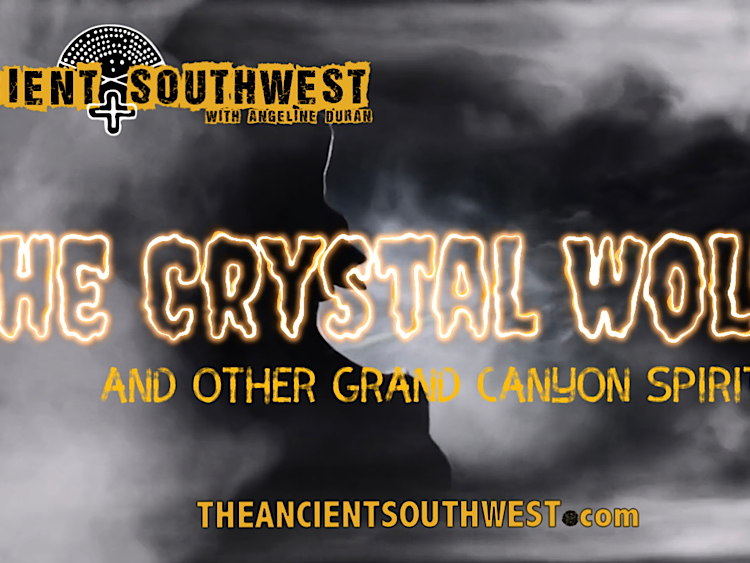 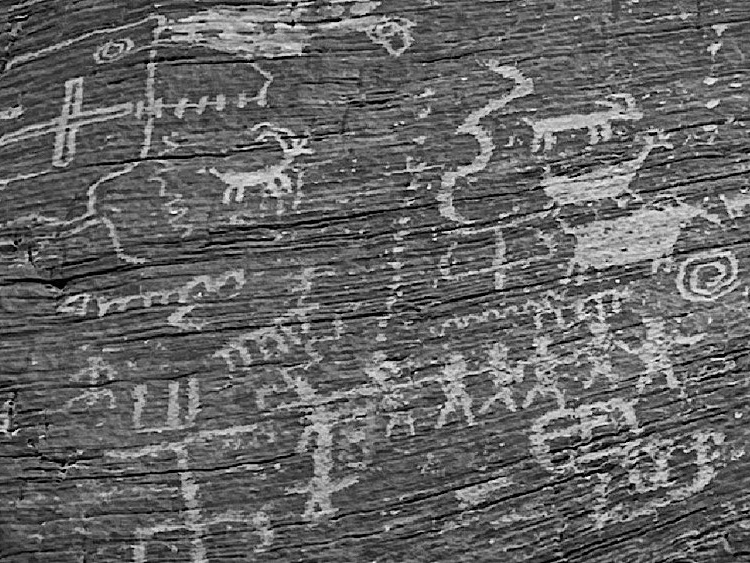 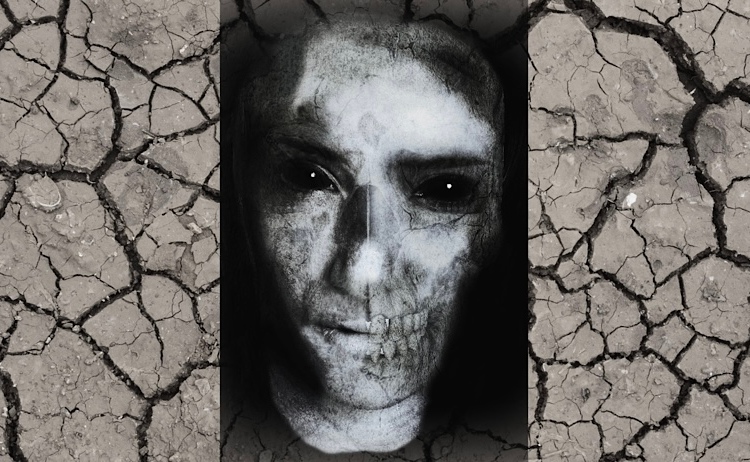 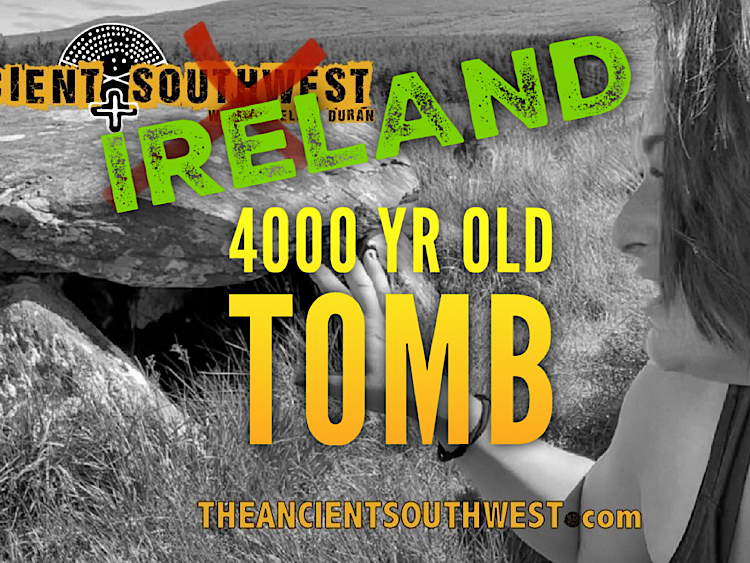 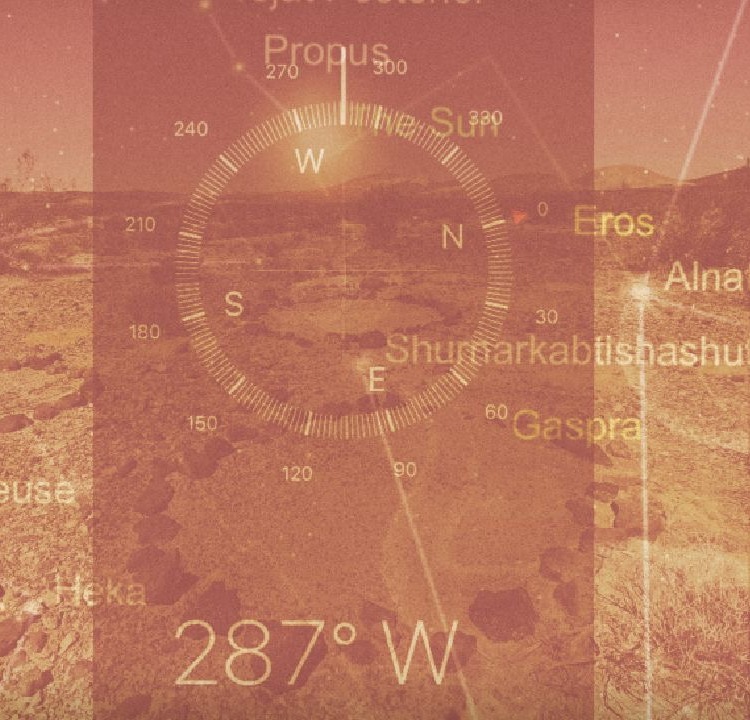 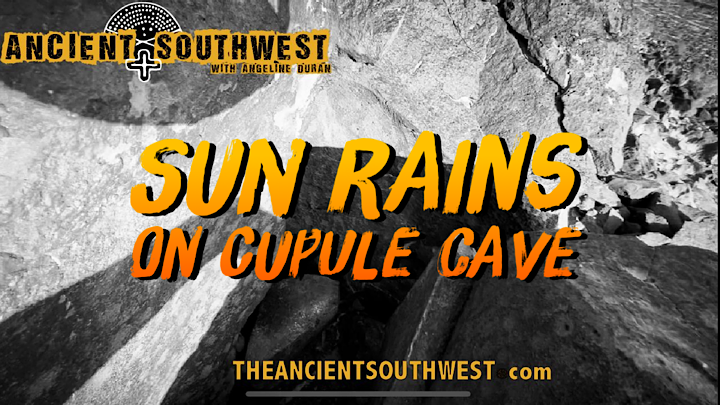 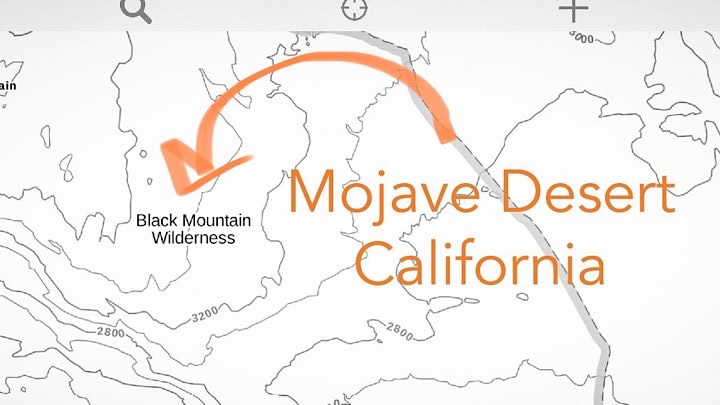 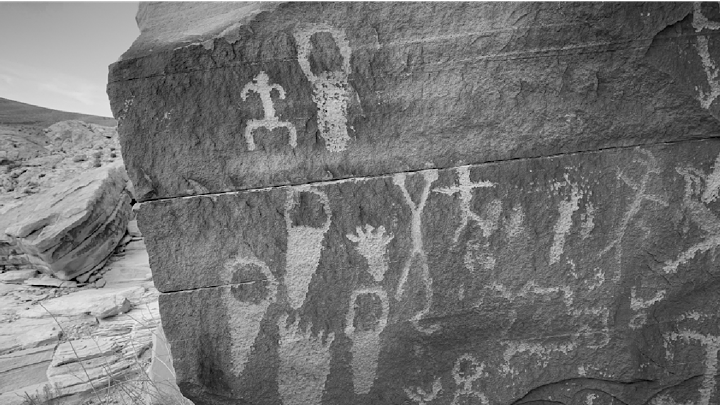 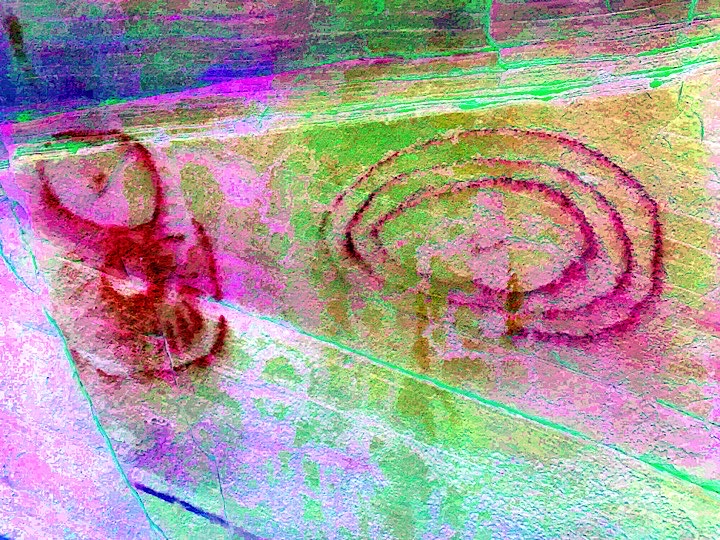 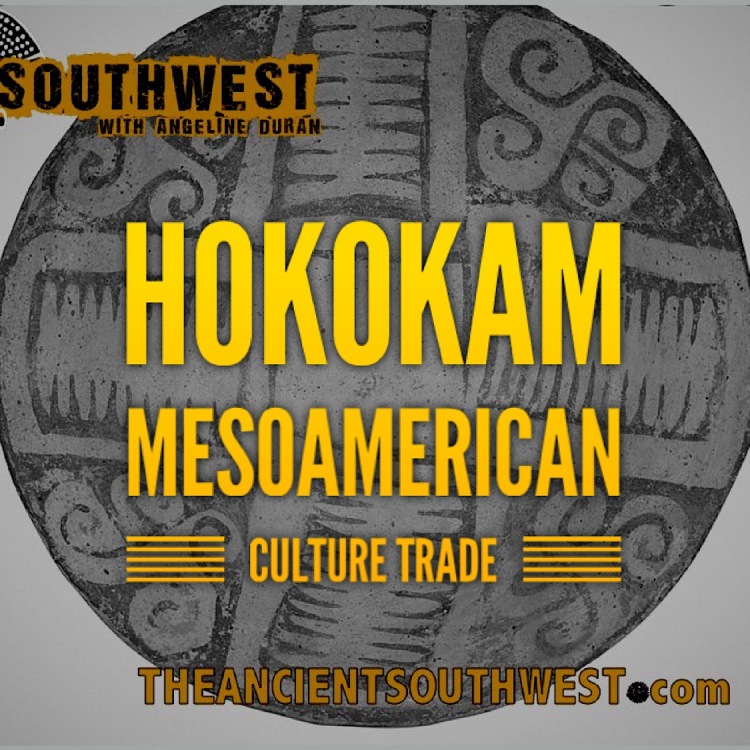 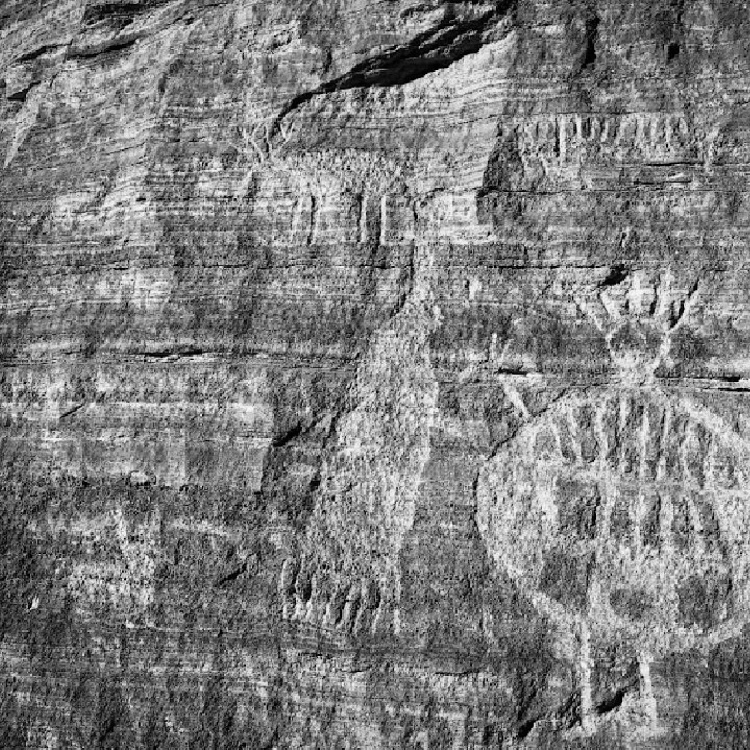